Here's O.B., a lab-mix, on the day my wife and I picked him up from the Outer Banks Humane Shelter

in Nags Head, NC.  Lucky little dude...he was headed for the scrap heap!  UPDATE:  O.B. was diagnosed just after

Thanksgiving 2005 with an aggressive bone cancer in his left front femur.  Amputation was not an option due to

the extreme hip dysplasia he's been living with.  After about a month of pain management, we put him down

My weekend's were busy during the summer with RISKY BUSINESS!  I was involved in

Here's the final version (#3) of Risky Business.  Built around a chrome moly tube chassis, and a '27 Chevy

roadster body made of fiberglass (10 lbs.) with a total weight of 2,200 pounds, this buggy would shit & git!

Still the track record holder at several VT mud racing tracks, it would cover 200 feet (standing start) in about 2.6 seconds!

Lenco, High-gear only transmission with reverser 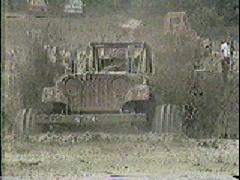 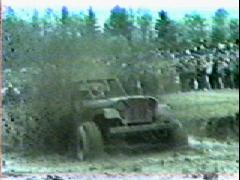 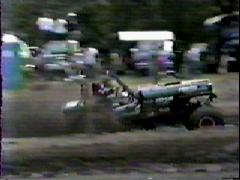 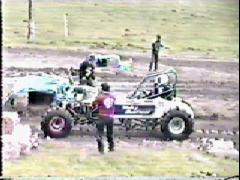 Here's another passion of mine...flying!  I found a flying partner to purchase this

During the summer of 2004, I re-discovered my love for Radio Control airplanes!

A couple of new friends are top notch pilots, and renewed the bug to get back into

flying R/C after a 21-year hiatus!  I tried to resurrect an old Cessna Cardinal plane

equipped with a Fox .40 2-cycle and Futaba radio gear.  After the engine finally ran smoothly,

my friend Mike flew it for me.  It was obvious that new gear was in order, so I purchased

a Hangar 9 Alpha 60 RTF Trainer.  I've been taking lessons and will be progressing my skills

to the point of being able to fly this new Hangar 9 FuntanaS 90 3D ARF.  Pictures of the assembly